Well another Blue Duck ride done and dusted. That’s 12 years in a row this ride has been put on for Ulysses Yarra Ranges and it just gets better. A few route changes from previous years, more time on our bikes and greater distances covered in glorious sunshine. Lilydale to Anglers Rest, optional rides on Friday and Saturday and back home on Sunday covering a distance more than 1600 kilometres. Arrived home very tired but with marvellous memories.
Leaving the Lilydale Shell servo at 7:30am, we stopped for breakfast at Yea. Having filled the emptiness in our stomachs we headed onwards the Blue Duck stopping at Mansfield for fuel then over the hill to Whitfield, passing through Milawa and stopping at Myrtleford for lunch. The weather had warmed considerable since leaving Lilydale so time to start removing some layers of clothing. Not too much though as we knew it would be colder later in the trip. Continuing on we headed down the Happy Valley Highway/Running Creek Rd and Kiewa Valley Hwy toward our next stop at Mt Beauty. If you have not travelled these roads yet, give them a try. Very good.
At Mt Beauty, another fuel stop and I received a call advising the pub and restaurant were closed due to staff ill health. Not fazed by the new development, into the supermarket we went and bought meats for the BBQ, vegs, nibbles and plenty of drink, we can handle anything now.
For the final leg of our trip to The Blue Duck, we road up to Falls Creek, it had now got cooler again, across the Bogong High Country down to the Omeo Hwy and to the pub. Time for pre-dinner drinks.
Waking up to a peaceful Friday morning, just motorbike sounds on the Omeo Hwy, we all had breakfast and decided to all go on the optional ride for the day. Off to Mitta Mitta for morning tea, sightseeing at the Dartmouth Dam, Gundowing, Tawonga, fuel and lunch at Mt Beauty. We only went down one wrong road once, which was a great ride but unfortunately it turned to gravel/dust after several kilometres so a u-turn was in order.
The final part of the ride for this day was along the Tawonga Gap Rd, stopping at Sullivans Lookout to admire the view. Stunning is the only word but that depends on your point of view. We then took the Great Alpine road to Mt Hotham, Dinner Plain, Omeo and back to the BD for food and drink. We had checked that it would be open that night so that we wouldn’t need further supplies.
Waking up to the sounds of even more motorbikes on the Omeo Highway, three member of our group decided to rest at the BD, so 6 of us went to morning tea at Omeo. Having telephone and internet connection again, we caught up with the news and reported in to our loved ones at home. Omeo was a sea of motorbikes. Very busy this time of year and then we saw many Yarra Ranges members who were staying at Bright for the weekend and who were on their way to the Blue Duck for lunch. Much handshaking ensued but time is valuable on these rides so off our group go to Benambra. This road leads to Corryong but has many kilometres of dirt road after Benambra. We decided lunch will be in Bruthen so headed back toward Omeo. We stopped to see dead dogs hanging and rotting on a tree, and took a short diversion on a dirt track (I am being kind to the track) to see a local lookout. We rode down the Alpine road to Bruthen and had fantastic lunch at the Heritage Tearooms. On our way back to the Blue Duck, I had nearly had a love affair with a Kookaburra who tried to land on my helmet whilst I was travelling at a hundred K. Blinded for a brief instance but very scary and goes to show what can happen on country roads. A further obstacle presented itself heading back down the Omeo Hwy when cows decided to roam across the roads.
Sunday morning came around so quickly and now it was time to head for home. We returned the same way that we came stopping at Mt Beauty for breakfast, lunch at Whitfield and a goodbye stop at Yea. We were held up by a very large group of riders (hundreds of them) all heading to an event in Myrtleford. It was suggested that It was the Black Dog day ride out of Albury.
The group of participants this year included Pam Roberts, Kevin White, Ross and Shirley Marshallsea, and Len Little who have done this trip many times. We had three newbies on the ride, Ian McKenna, Jenni and Chris Cook. All great people, great company and great riders. Thanks you for participating and the excellent dinner prepared on Thursday night. This was the best Blue Duck ride for me out of the eight I have done. 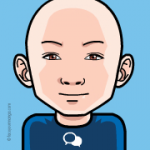