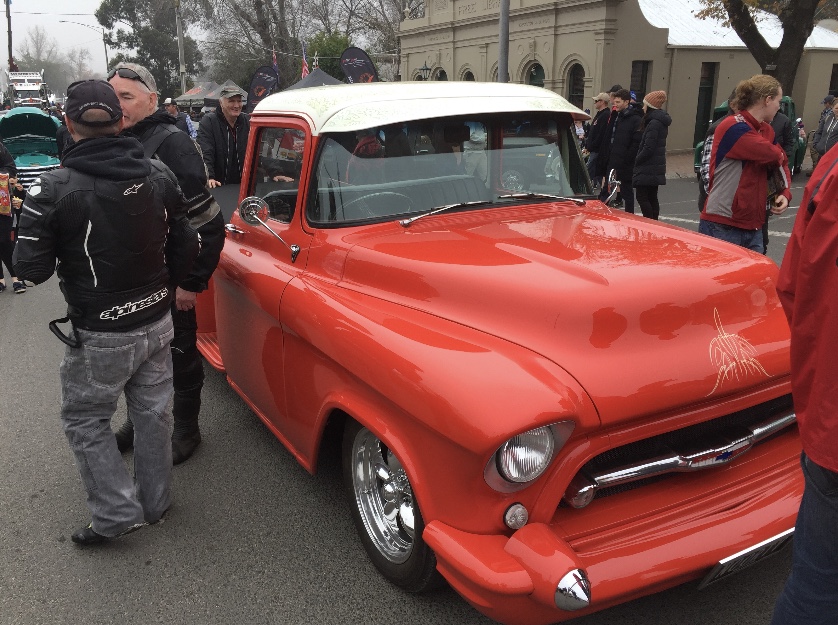 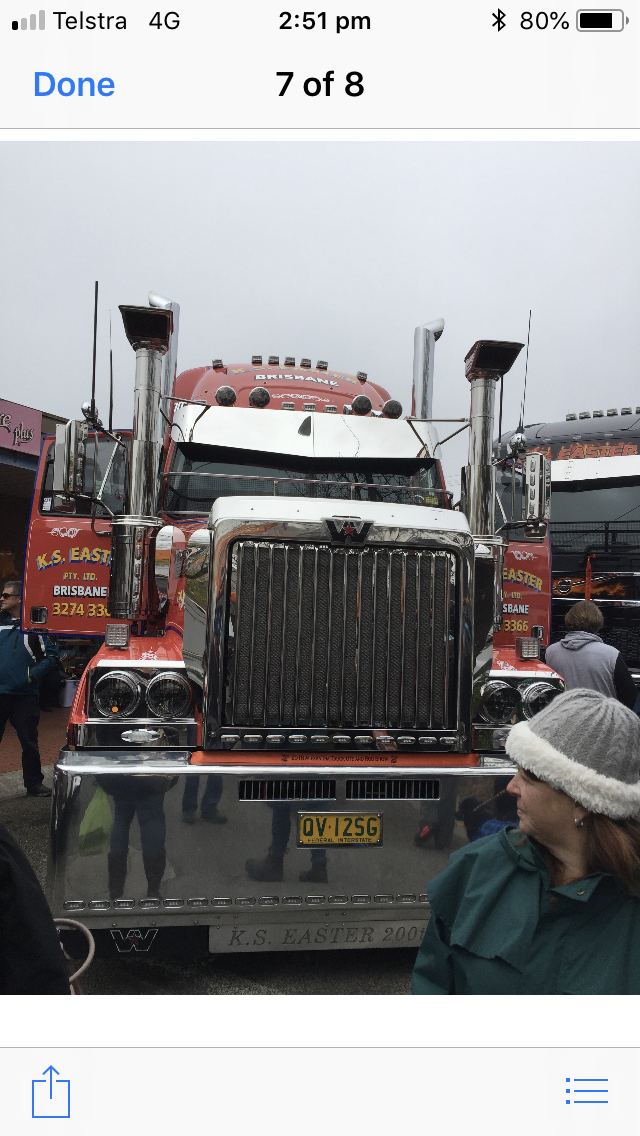 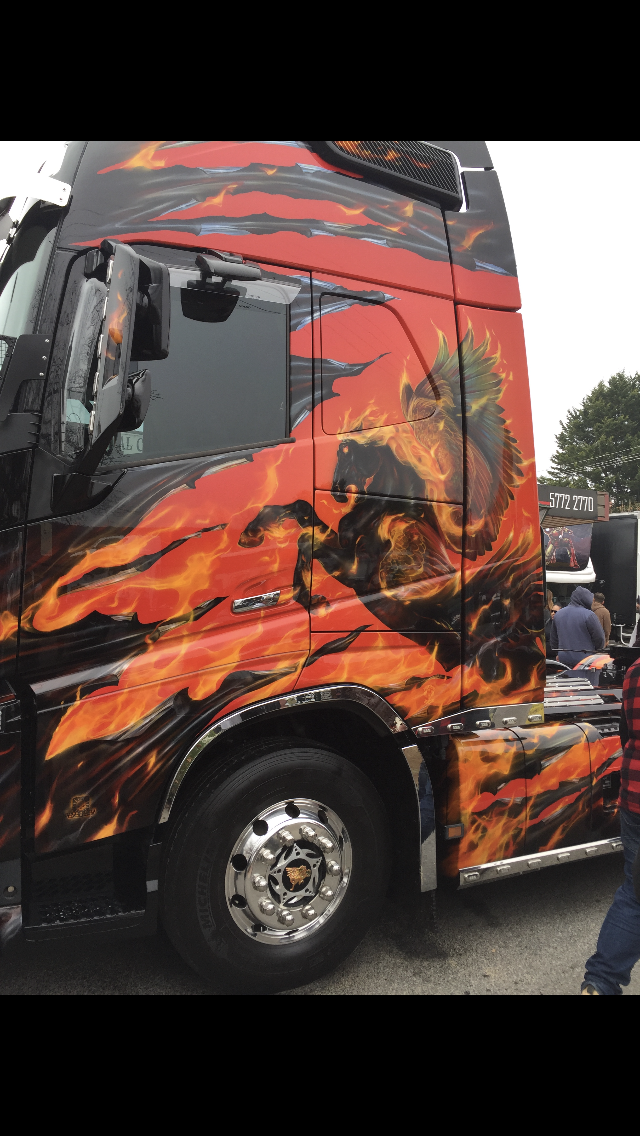 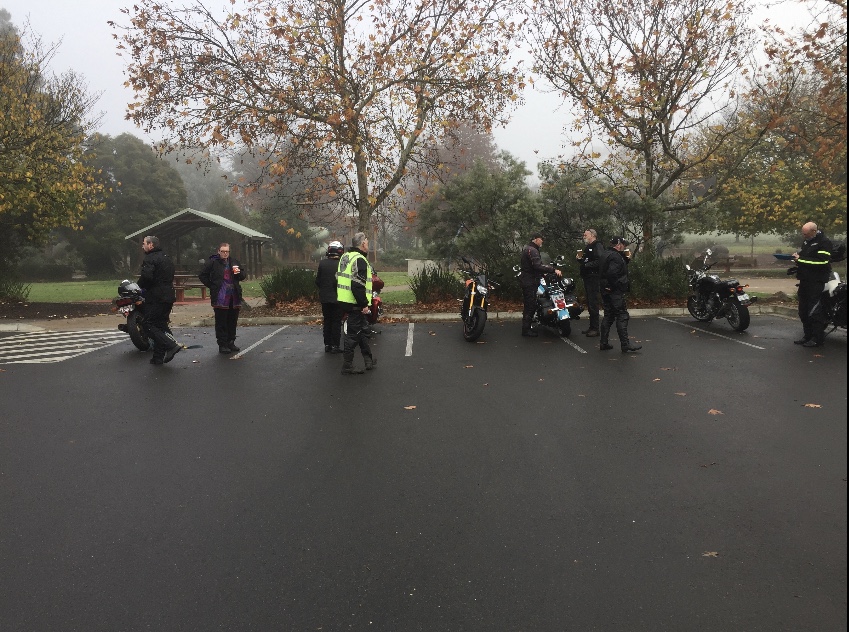 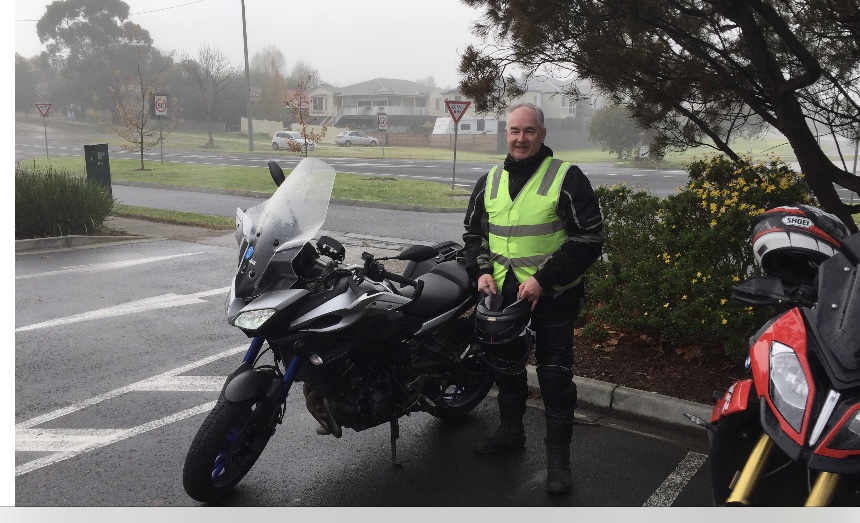 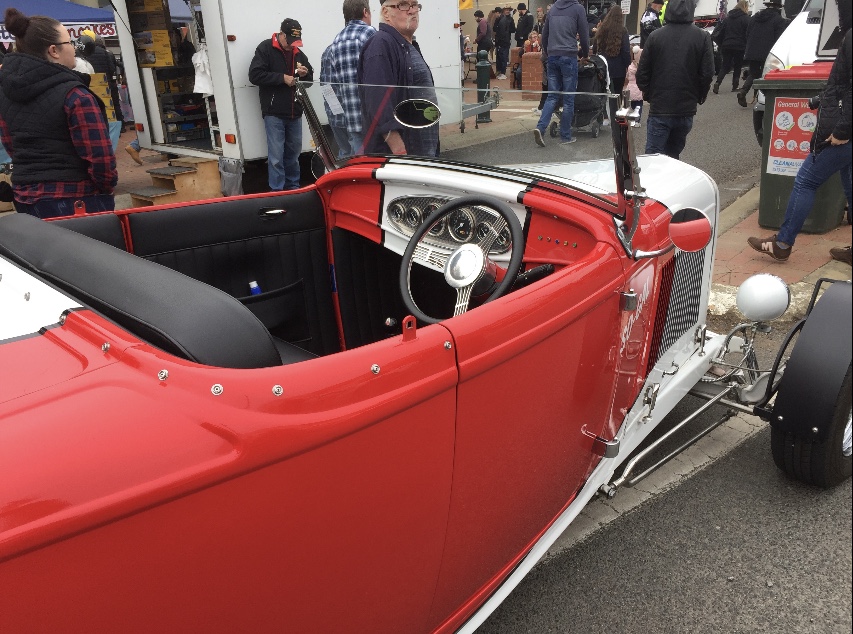 I'm not totally mad I thought as I made my way to Yarra Glen through the pea soup fog.  At least I had lights, unlike the death wish cyclists that loomed out of the fog.  This is not totally pointless I thought as I spotted the ghostly golfers at Yerring Meadows golf course.  Today is not so bad I thought as I arrived first at the departure point.

Being early I wandered over to the bakery.  While tucking into the Nutella, Peanut butter and roasted almond donut, the ride leader arrived for his own heart starter.  It slowly dawned on me that the Rattler was not wearing ride gear. Hmmm.  The beamer had poked its front wheel out of the garage, took one look at the weather and decided to spit a battery.  'I'm looking for a new ride leader' the Rattler says.  And with that the back up ride leader was replaced with a reserve.  And for the first time in my riding history, TEC drove the Caprice.

The intrepid group of 7 bikes and a couple of pillions were lulled into a false sense of security by a brief moment of sunshine at Dixon's Creek only to have the fog descend again and envelope us for the remainder of the trip to Alexandra.  The highlight being a sedate cruise down Whanregarwen Rd (Not) to arrive to a traffic jam in Alexandra.  Found a piece of nature strip for the bikes and into the show.

Prime movers fender to fender up both sides of the street, grand stage where they played both sorts of music, Utes, Hot Rods, food, coffee, fairgrounds, quaint truck themed crafts, lots of people, drizabones, hats, tats, dogs.  Well worth the trip I think, though there was more stuff to see than was possible in the time.  The bloke on the PA even promised that the sun would be there soon.  He lied.  Finally caught the sun at Taggerty on the way home.

Thanks to the Rattler for TEC, and those who joined in for the ride.